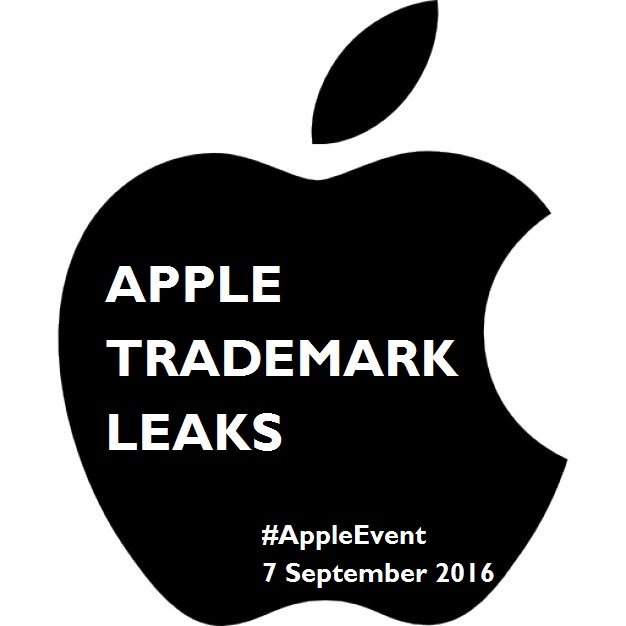 Over the past few days I’ve been teasing online that I had specific information and, more specifically, exclusive information about the #AppleEvent on 7 September.

And with only 24 Hours or so to go to the big event, it’s time to tell you what that all is…

The following is all based on months of legal research. I’ve been working up to this for a good while, spending a few hours a day researching intellectual property, Apple and how they go about their business. There’s a reason that lots of this stuff isn’t already online, and that’s because Apple do not make it easy to track them. They are notoriously secretive, and go to incredible lengths to keep their business private and out of the public eye. Fortunately for me, my boss Brian Rennick at Rennick Solicitors supported me and gave me the leeway (and the money, and leniency in relation to my billable hours) to pursue this. So thanks to Brian for that.

So, here’s what I’m expecting to be announced at the #AppleEvent tomorrow based on my global trademark and patent tracking and research.

Apple Iphone 7 and Apple iPhone 7 Plus

Granted this one is something of a no brainer, but until yesterday, to the best of my knowledge I am the only person to have physical possession of the trademark application.

I did a post on this yesterday (see here if you missed it) and a lot of editors contacted me looking for verify the source and authenticity of the trademark application.

Just so you know, it’s frowned upon (to put it mildly) for a lawyer/solicitor to lie and mislead people, so it wouldn’t be great for my reputation if it transpired that I was faking this and had photoshopped the application! If you still don’t believe it’s genuine, obviously there’s not much I can do to convince you

I will be doing a separate post on this later this evening based on Apple and Beats Patent filings, but for the time being, I’m expecting (as are most people, to be fair) that the Airpods will be on stage, and that an Airpods Case will be announced. Subscribe to the blog or follow me on twitter to get this blog post first when it goes live in the next 24 hours. Here’s an earlier post on that

I will be doing a separate post on this later, including what it could have been called, what the next iteration of it might be called, and who stands to make a tonne of money out of the name (hint, it’s not apple) – Subscribe to the blog or follow me on twitter to get this blog post first when it goes live in the next 24 hours.

I will be doing separate posts on many of these between now and the launch, but just to put it all out there now, I’m expecting some reference to the following.

Many of these relate to iOS 10 and have already been revealed or discussed publicly, but some have not, AT ALL. For example, I think we can expect to hear something about:

Those first three in particular could be the biggest ones.

And for all the further sceptics out there (yes, I know you still doubt me, and it hurts my feelings) 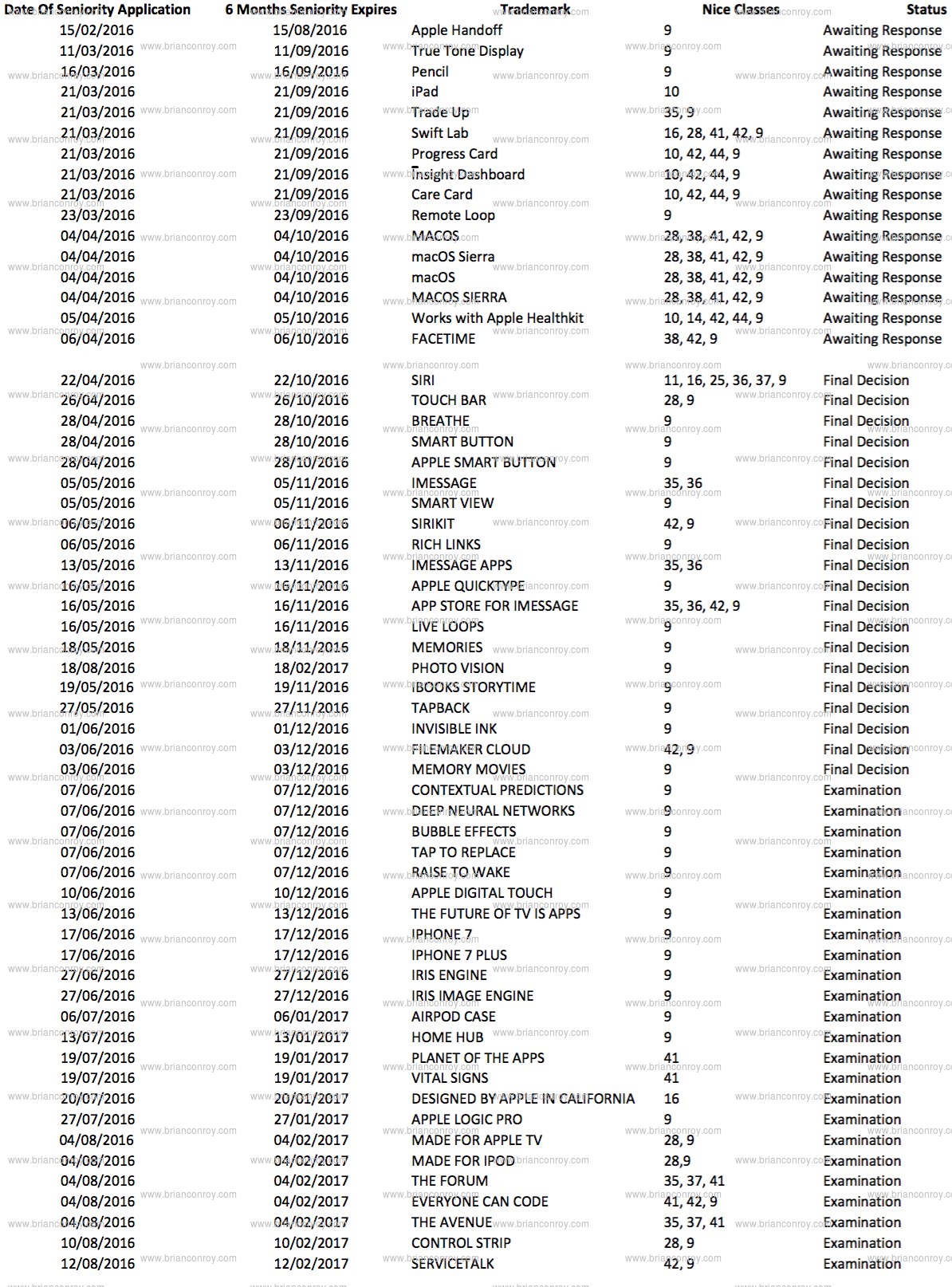 For a bit of fun, and to see how many of these I’ve gotten right, I’ve created a Bingo (drinking if you’re that way inclined) game you can play along while you watch the event tomorrow. You can access the printable bing cards below, or play online HERE

LEGAL DISCLAIMER (well come on, I am a lawyer)

These trademark applications are real. They exist. They are a matter of public record. That doesn’t mean that all the things mentioned are going to be announced released on Wednesday or EVER. Apple folk work in mysterious ways, everyone knows that. However, if anyone can come up with more concrete evidence than this, firstly, I haven’t seen it, and secondly…..I would like to.

Get in touch using the chat or social media channels above.

For media enquiries, please use “Media Enquiry” in your subject line.