Well, if you’re to judge what products are coming down the line from what trademarks have been filed (and experience would suggest that you should) then it looks like Katy Perry is gearing up to launch a new fragrance called “Katy Perry’s Indi” and also a line of cosmetics called “Katy Kat Pearl”

See all the details on the trademark filings (the most recent one being on 9 September 2016) below. 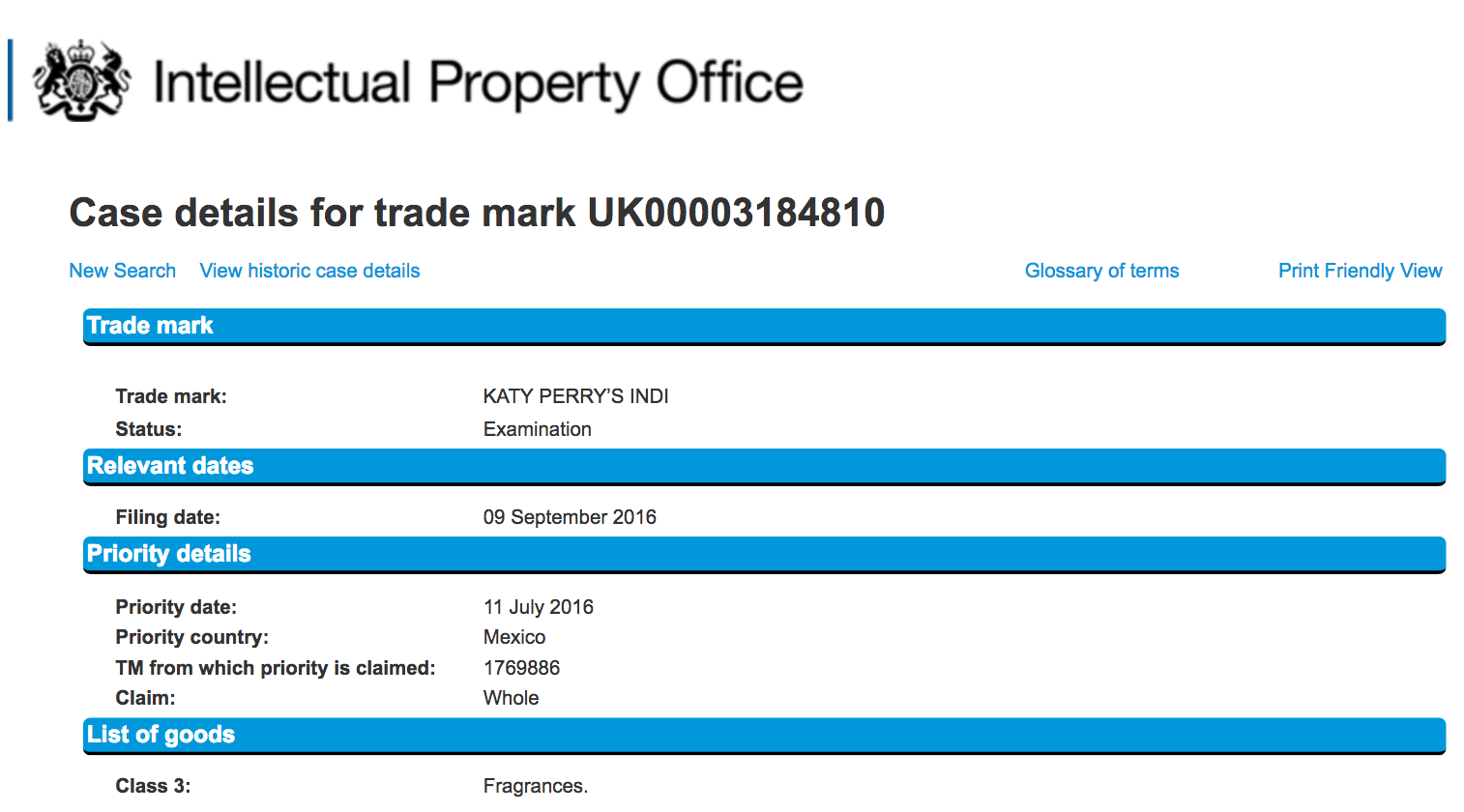 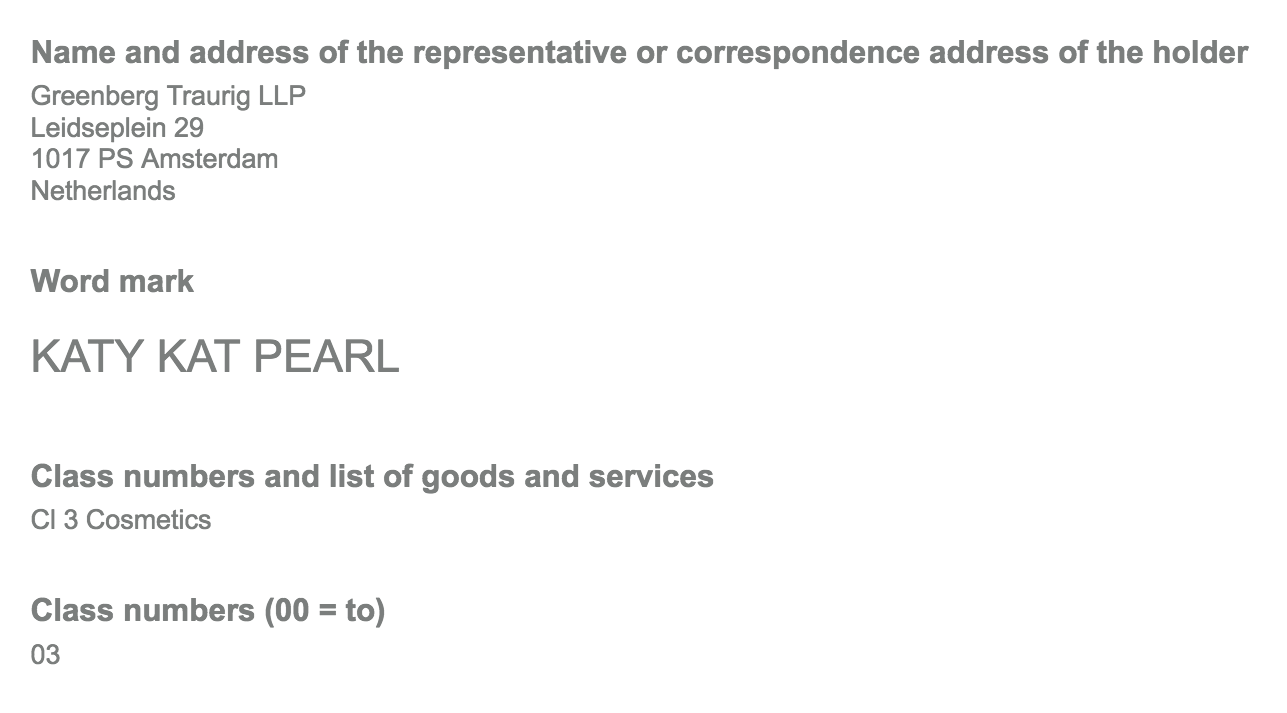 For Old Times Sake, here’s a photo of me with the said Katy Perry (I’m the one on the right): 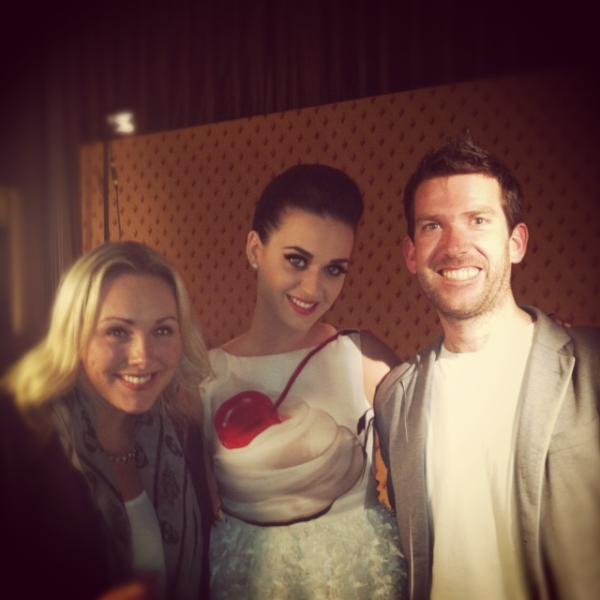 And our video from the Pink Carpet of the premier of her movie in London (featuring guest appearance from Perez Hilton no less, get you!) – Katy Herself is at 18:30