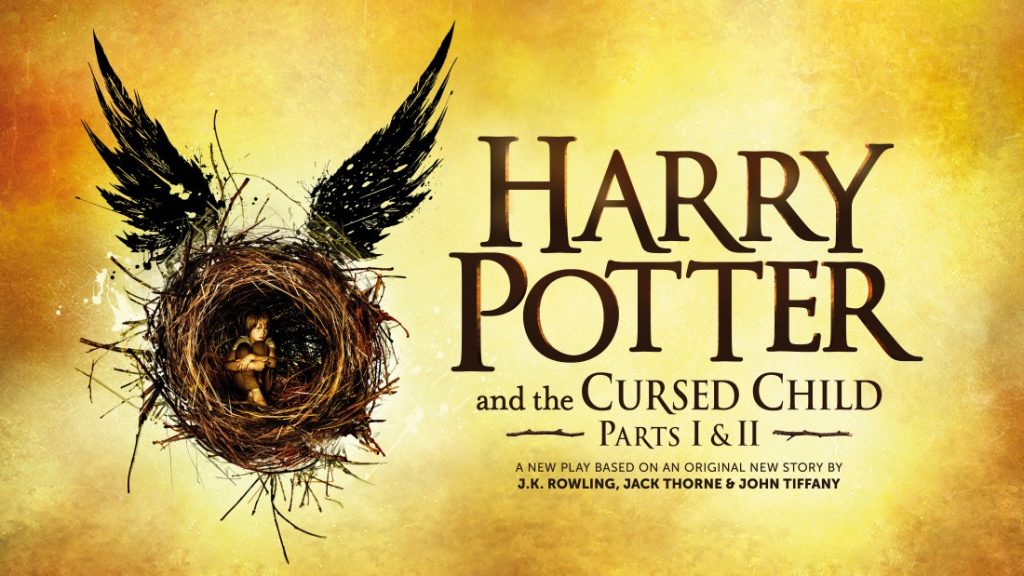 Yesterday I posted THIS POST about Warner Brothers applying to register a trademark in the UK for Harry Patter And The Cursed Child.

After a number of websites picked up the story (and thanks to everyone who hat tipped and acknowledged the source), a lot of people have been asking some more specific legal questions which I didn’t address in my first post, largely because I didn’t think people would care.

The main point most people are making is “Isn’t this all just wild speculation” and the answer is, in short, yes. There’s a good reason for that though, and that’s because wild idle speculation is all that’s really possible on the facts that you can get publicly. The reality is that whatever Warner Brother’s entitlements and rights to the Harry Potter franchise are, those rights exist because of private contracts and arrangements to which we are not now, and likely never will be privy.

However, that doesn’t mean there isn’t merit and logic in making some assumptions based on the application filed by Warner Brothers. I’ll deal with the most common comment I’ve seen online.

“Couldn’t Warner Brothers just be registering this ‘in case’ or with no intention of using it?”

They can, but they shouldn’t

Section 32(3) of the Trade Marks Act 1994 (the relevant Act governing this UK application, but it’s based on EU law, for now, so there’s an equivalent provision in all EU countries) states that an applicant on making an application must state:

The application shall state that the trade mark is being used, by the applicant or with his consent, in relation to those goods or services, or that he has a bona fide intention that it should be so used

So if you’re not using it and don’t intend to use it, you aren’t supposed to register it.

46. – (1) The registration of a trade mark may be revoked on any of the following grounds- (a) that within the period of five years following the date of completion of the registration procedure it has not been put to genuine use in the United Kingdom, by the proprietor or with his consent, in relation to the goods or services for which it is registered, and there are no proper reasons for non-use; (b) that such use has been suspended for an uninterrupted

So if Warner Brothers haven’t made a movie 5 years from the date of registration, anybody (you included, pencil the date in your diary now) can apply to have the registration revoked (that’s in section 46(6)) in respect of movies, Likewise in respect of any other of the goods/services for which application has been made, and for which it hasn’t been used

Now, all that being said, for the amount of classes they have made this application for, the outlay would only be £720, and I would think for a company like Warner, they would just do it, and if it turns out to be wasted money so what!

A slightly more interesting issue is the fact there’s already several ‘the cursed child’ trademarks registered by JK Rowling herself, like so:

The second one from the bottom is a European Trademark which covers all of Europe, including the UK (for now).

(2) A trade mark shall not be registered if because –

there exists a likelihood of confusion on the part of the public, which includes the likelihood of association with the earlier trade mark.

The courts in the EU have fairly liberally interpreted ‘Identical’ in section 5(1) such that it’s quite possible the would hold ‘Harry Potter and the Cursed Child’ to be identical to ‘the cursed child’, in which case the application will be refused outright without a letter of consent from JK Rowling.

Alternatively, under section 5(2), it’s similar to and for identical goods for the existing EU registration, meaning JK Rowling could easily stop this registration if she wanted.

That’s why I suggested that this application could only be successful if it was with her knowledge and consent. Also, there’s a prohibition on registering trademarks ‘in bad faith’ (section 3(6) which I would argue this would be if it wasn’t on consent.

In reality, if she’s assigned all rights in all Harry Potter products past, present or future, then she would possibly have a hard time objecting however. But to the extent this registration might be to do solely with the play (which opens this month) even if nobody objects it will take 3 to 4 months to get the registration from the date of application.

Just while we’re at it, JK doesn’t hold ANY Harry Potter Trademarks. And all previous ones she may have held have been assigned to Warner Brothers. BUT, and yes I’m MADLY and wildly speculating here, all her other titles ‘Chambers of Secrets’, ‘Order of the Phoenix’ etc. are also owned by Warner:

Whereas, ‘The Cursed Child’ isn’t….yet. JK Rowling still holds that herself:

Just a conspiracy theory to keep you going!

Here’s all the trademarks currently held by JK Rowling Personally:

And here’s all the Harry Potter trademarks, all owned by Warner (who as I said above, also own all the previous titles, which aren’t listed here, because this is just trademarks with “Harry Potter in them:

I hope that either helps clarify, or adds further fuel to the conspiracy/rumour mill fire (depending on which side you’re on). If you’ve any questions, drop me an email, or contact me on any of the social media channels using the links at the top right of the page, or chat with me live at any stage.