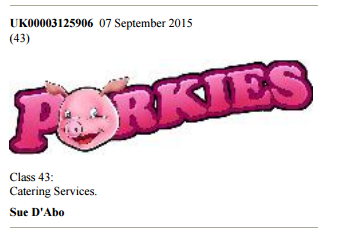 Another week another 364 pages of Trade Mark Journal in the UK to look through!

Two London Underground looking Trade Marks to start with. Interesting for a few reasons, mostly to the extent that that might infringe on the Long Underground Trade Mark, and secondly because of their content!

Mind the Rooskies (in an 80s action movie kind of way): 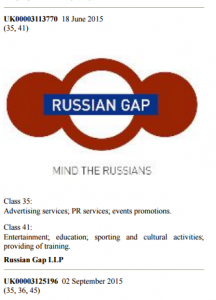 And get off here for Apple repairs: 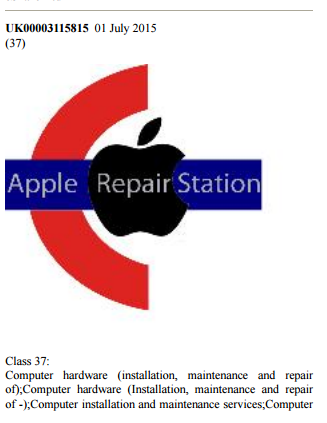 Speaking of Apple, I wonder if this punter may win the ‘most likely to be sued’ award this week for his Apple Helmet: 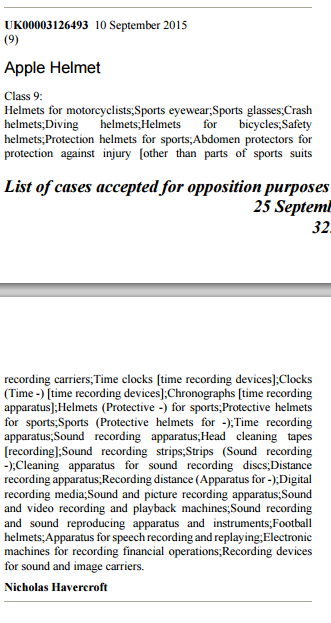 Although I’d wager there is stiff competition in that department from this ‘Acti-Milk’ crowd. Or am I the only one that things its fierce like Actimel? 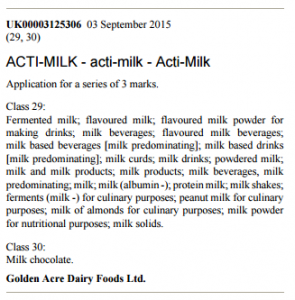 It could just because there’s a new Bond movie coming out, but Aston Martin have just registered ‘DB9’ for a whole range of products:

I still can’t watch the  video for Shakespeare’s Sister’s song stay (click here if you can), but some lad has just applied for a Trade Mark for ‘Shakespeare’s sister’ – I’m going to let the girls know! 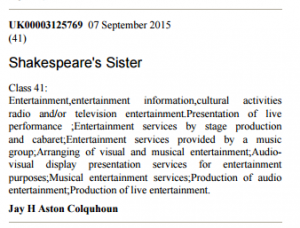 Who doesn’t like ‘drinkies’ – But whatever about buying bottled water for humans, I’m drawing the line at buying it for your doggies! 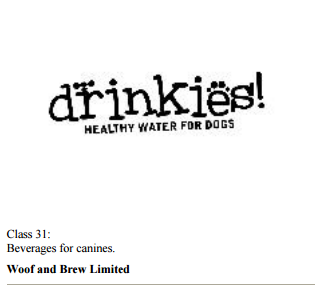 Given the amount of time we spend on it, there’s no doubt many do, so much so, there has been a Trade Mark Application for ‘Love Your Loo’ 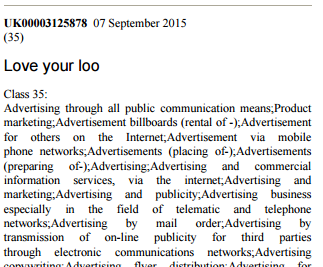 From the 1981 classic Porkies, comes this amazing name for a catering company:

Speaking of Pork, who is ready to ‘feed me happy’ and take away the Hangry: 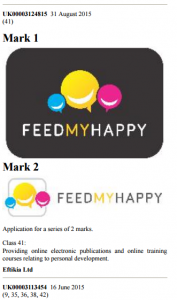 I wonder if Electric Picnic would have anything to say about this, ‘The Electric Event’: 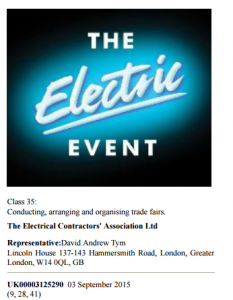 If you live by the motto ‘Live, Laugh, Love’, then I’ve got just the club for you…..provided you’re a lady: 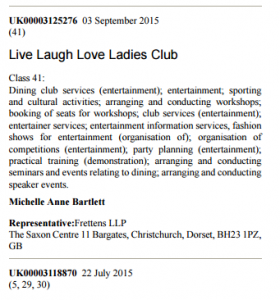 I mostly just included this because it’s so totally mad looking: 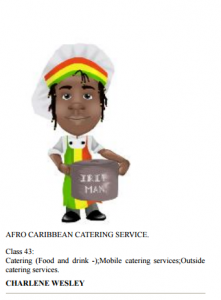 I just like that this has been Trade Marked by Kia, the lads who make the cars! They’ve released a cartoon apparently, Super Racer Enzy to get kids interested in cars or something. 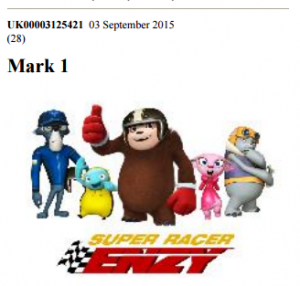 After Antman (Side note – I still haven’t seen it because it’s supposed to be awful, but I really do love Paul Rudd. Met him once, long story)….Comes The Roach! 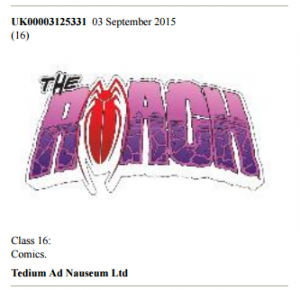 I would have thought this would have been registered AGES ago for Extra Chewing Gum, but apparently now – Eat Drink Chew 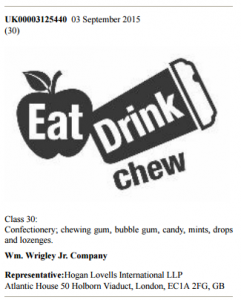 You want a cake? Abra-Cake-Dabra, you’ve got a cake! 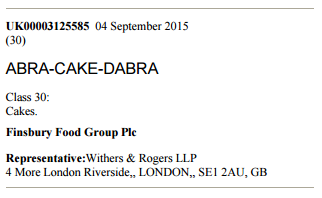 I’m not sure quite what this is, but is sounds fun – The Sitcom Experience Comedy Dinner Show:

When you want a bit of Dutch Courage, but not TOO much Dutch Courage, you want ‘Two Pints Brave’ – Actually it’s a clothing company and nothing to do with beer, still though!

No, I don’t want a motorised, electric powered, self balancing, wheeled personal mobility transportation device……said nobody ever

Wazeboard the board game, coming soon to a toy shop near you! 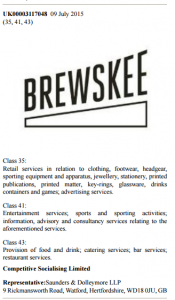 This is just me being thoroughly juvenile, but that’s some very unfortunate placement on the page:

Another ‘Wow, I would have thought that would have been registered ages ago’ application, this time for Kittensoft: 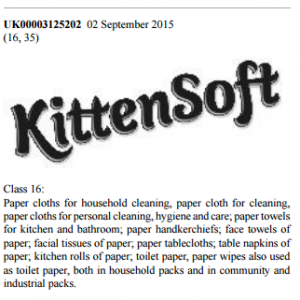 Olympic Boxer and gold medallist Nicola Adams is bringing out her own line of Hoodies it seems: 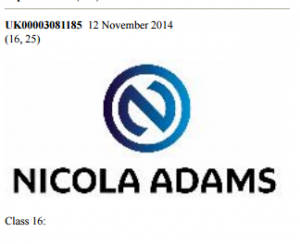 And for the stun huns, St Tropez Gradual Tan in Shower 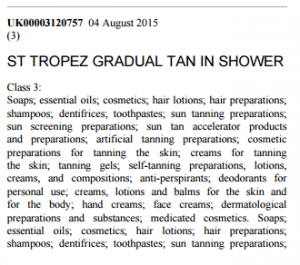