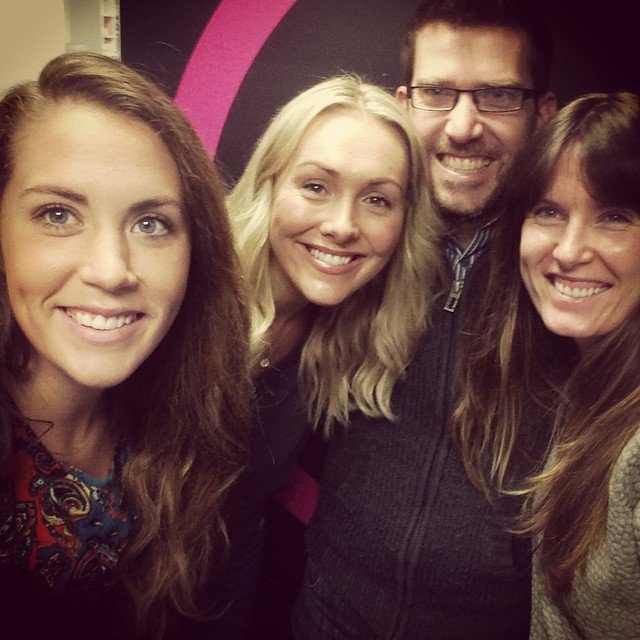 It’s not often one gets to quote Mark McCabe. Certainly not often enough.

Four years ago today I did my last radio show on Spin1038 and effectively ended a radio career than started when I 16 years of age in a little shed in Templeogue (See here). That career took me from a little shed, to the middle of a desert in Jordan, to broadcasting live (and drunk) from Gran Canaria, to red carpet interviews with Tom Cruise to a particularly odd morning in a hotel room in Dublin with Kanye West (It was the Conrad hotel, and Kanye West was playing us his new album on his iphone through a docking startion. Reception called and asked him to turn it down. True story).

I’ve already done two posts on this (2 years on here, and 3 years on here) and I think I’ve probably covered most things off to be honest, but this day is really like New Years Day for me, it’s when I do a lot of thinking about where I’ve been and the journey I’ve been on. I think about it in terms of my own kids, and what kind of experiences they might have, and what passions they might get to pursue.

It would be hard to overstate the effect finding radio had on my life. Most people who have only known me after the age of about 20-22 can’t believe that I was shy, or nervous or suffered with terrible anxiety. But I was. Radio brought me confidence and self belief. In the start, that was limited to when I was behind a microphone in a shed where nobody could see me. I was still a nervous wreck if I had to talk in front of people. I got physically ill in first year in college at the thought of doing a freshers debating competition I had signed up for. I pulled out and have never debated then or since. That, as it turns out, was a blessing in disguise as, in my experience, the overwhelming majority of people who take those debating societies (the Phil and the Hist in Trinity) seriosuly are complete asshats. Interesting legal side note, many go on to be barristers, and some stop being asshats.

I started to be confident in my ability as a radio presenter around the age of 20. When I was doing drivetime on Energy 94FM I frankly thought I was shit hot, which made it all the more frustrating the none of the country’s Programme Directors could hear the obvious talent right under their noses. I couldn’t event get into the finals of the 2FM DJ for A Day competition for crying out loud. I remember when Rob G (who did the lunchtime show before me on Energy94) got the early morning breakfast show on FM104, I was crestfallen. I think I thought I was next in line for the thrown (a gig on legal radio) then this blowin from Passion FM in Bray swans in and takes it. Rob, of course, truly deserved it and was and is an excellent radio presenter, but that wasn’t how I felt at the time.

Over the years I’ve become very passionate about ‘self help’ and counselling, and have qualifications in hypnotherapy and NLP Life Coaching.  I read huge numbers of books on the subjects and am fascinated by the things that make us stand apart, and what separates success from failure. In thinking about writing this post this year, it occurred to me, that there has never been anything that I wanted more than to work in radio. I was willing to do anything for it. Drop out of college, move abroad on my own, stay at home when all my friends went on their J1, send demo after demo after demo across Ireland and the UK. I remember hearing stories of Darren Kelly (from Pulse) making it on a local station in the UK and Declan Pierce going to Juice FM in liverpool. I set up a website (back when that was a LOT harder to do) and streamed audio in real media (.rm, god be with the days). I listened to radio non-stop, on very poor quality internet streams from stations up and down the UK. I practiced links (the talking bit in radio language) between songs constantly. I couldn’t listen to music or the radio without linking over an intro. I still can’t listen to The Darkness – Thing Called Love without doing a link to hit the vocals.

And then I made it. I got the call. All thanks to Ray Foley getting the call up to Today FM and a gap opening up on the Spin1038 Schedule. In an ironic twist, it was myself and Rob G up for the gig, and I got this one.

But now I’m 38 (Christ. On. A. Bike) and it’s hard not to think that I probably won’t be that passionate about anything ever again (outside of my family)….and that’s a weird feeling to come to terms with. I had my ‘failure is not an option’ moment in my life. I was going to make it in legal radio. I was sure of it. 100%. I never thought it wouldn’t happen. I worked my ass off and made huge sacrifices. It’s only occurred to me this year that I was that person that I read about in all the books, the one who is laser focussed on their goal and is single minded in going after it, whatever it takes. I’m quite proud of that, particularly when I look back at the number of radio stations that didn’t want to know me when I was sending around my demos. They were probably right not to hire me then, to be fair. For a long time, I wasn’t very good. Many would argue I never got any better. To which I would say “F**K YOU A**HOLES”.

I hope that my kids find something like that in their lives. I hope I can be as supportive as my parents were (My dad drove me down to Waterford and sat in the car while I did a show on Beat then drove me back). Nobody tried to talk me out of leaving law to go be a full time radio presenter. In retrospect (and I’ve never asked them) I think it was simply because they knew what it meant to me and how hard I had worked for it, and that it was all I had wanted since I was 16. I had to do it, everybody knew that.

Where Are They Now?

Well right this second, Tracy is in Ibiza. But more generally, she’s smashing it on 2FM every weekday afternoon. Rachel is producing, presenting and making award winning documentaries. Rory is a writer, having written for Eastenders, TOWIE and other top UK Shows. Georgie is kicking cancer’s ass and is a badass lifestyle guru, Kim is a national newsreader, Richie has convinced Louise Spini to marry him (that, probably the greatest achievement of us all).

I’m so very proud of everything that everyone has done, though since their success has absolutely nothing to do with me, I don’t really have any right to be ‘proud’.

It’s also a little bit hard. Like seeing your ex kissing a new fella for the first time, or moving on with their life when you haven’t. It would probably be easier for me if their radio careers crashed and burned, and then I would KNOW that I had made the right decision leaving radio. But that’s not how the world works, and, despite what I said earlier, I actually secretly (and often not so secretly) take most of the credit for any of their successes that followed from Fully Charged. So I bask in their reflective glory.

Every year I look through all the texts that we received during our last show and pick out a few that really sum up all that was great about being on the radio with Fully Charged. I still get the odd tweet from someone telling me that they miss myself and Tracy on the radio, and that’s sweet. Of course, people who were 12 when we started the show are now 22. I once commented on an instagram post (about Nerja) and the girl whose post I had commented on was freaked out (not in a good way) that Ryan who she used to listen to when she was in school was following her on instagram. That made my feel like a weirdo, but I digress:

“Guys I’m genuinely so sad. Guys u have kept me company for a massive commute for over three years. I’m goin to miss those friendly voices that made me laugh. I’m going to miss disagreeing with Ryan and wondering if Tracy would think I was sound. I’ve text in, I’ve spoken and share some of my own stories so from the bottom of my heart, thank you for truly entertaining me for so long and I was you all the best. Thank you for waking me up, Brian”

“Ryan and Tracy, don’t gooooo. Not even staying until my 18th or to get my through the LC year, so selfish! Me and my mam have listened every morning for the whole 5 years and I haven’t known my secondary school years without you, and needless to say my mam of 55 years is even more devastated than I am! Wishing you the best wherever you are off to next, Love Niamh and Majella”

“Up early on m day off to listen, although I don’t know if I can take the emotion. I’ve been listening for 5 years, but special thanks need to go to you for the 3 years that I had a two bus hour long commute to college. You deserve at least 10% of the credit for my degree. Best of luck with your future”

“Hey guys, I can’t believe it’s your last day! You’ve gotten me from 14, through the junior cert and the leaving cert, first break up, my driving test, and I just turned 21 last week and nearly finished my chemistry degree. You two are seriously irreplaceable and I will miss you so much. Thanks for being my reason to get out of bed and putting a huge smile on my face (even on my worst days). Best of luck in the future”

I actually rarely listen back to audio from the show. And when I have, it has tended to be specific interviews and things. However, this year, I literally just picked this week (started Monday 28 May) in 2012. So take a trip down memory lane with these random links from that weeks’ Fully Charged SEVEN years ago!