You are here: Home / Archives for Apple trademark 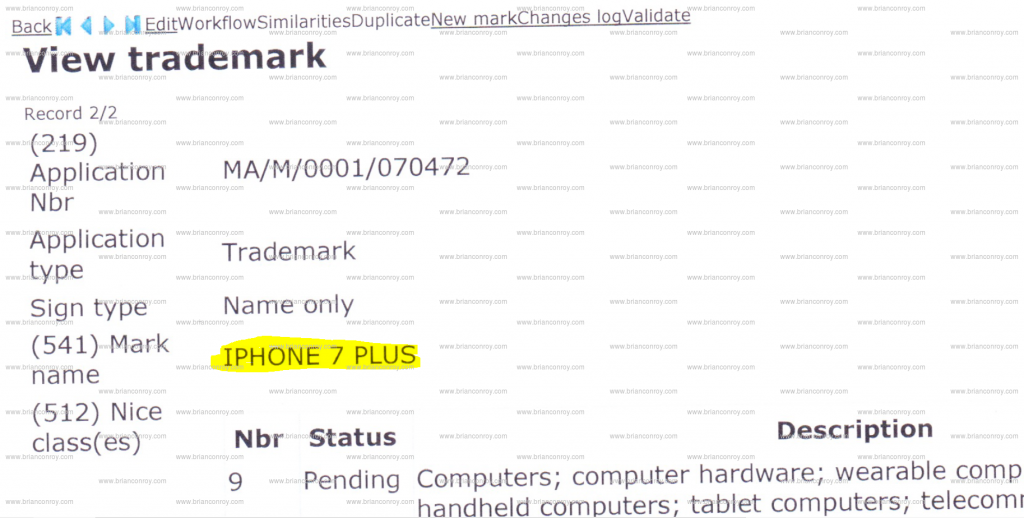 So, we all “know” the iphone being announced on Wednesday is the iphone 7, right? RIGHT??

Well, not really. We all think that, but some people have speculated it could be called with iPhone 6SE

Also, a lot of people have also speculated that there could be three models.

Check out these exclusive Trademark Applications, filed on 17 June 2016 by Apple (CLICK TO ENLARGE) 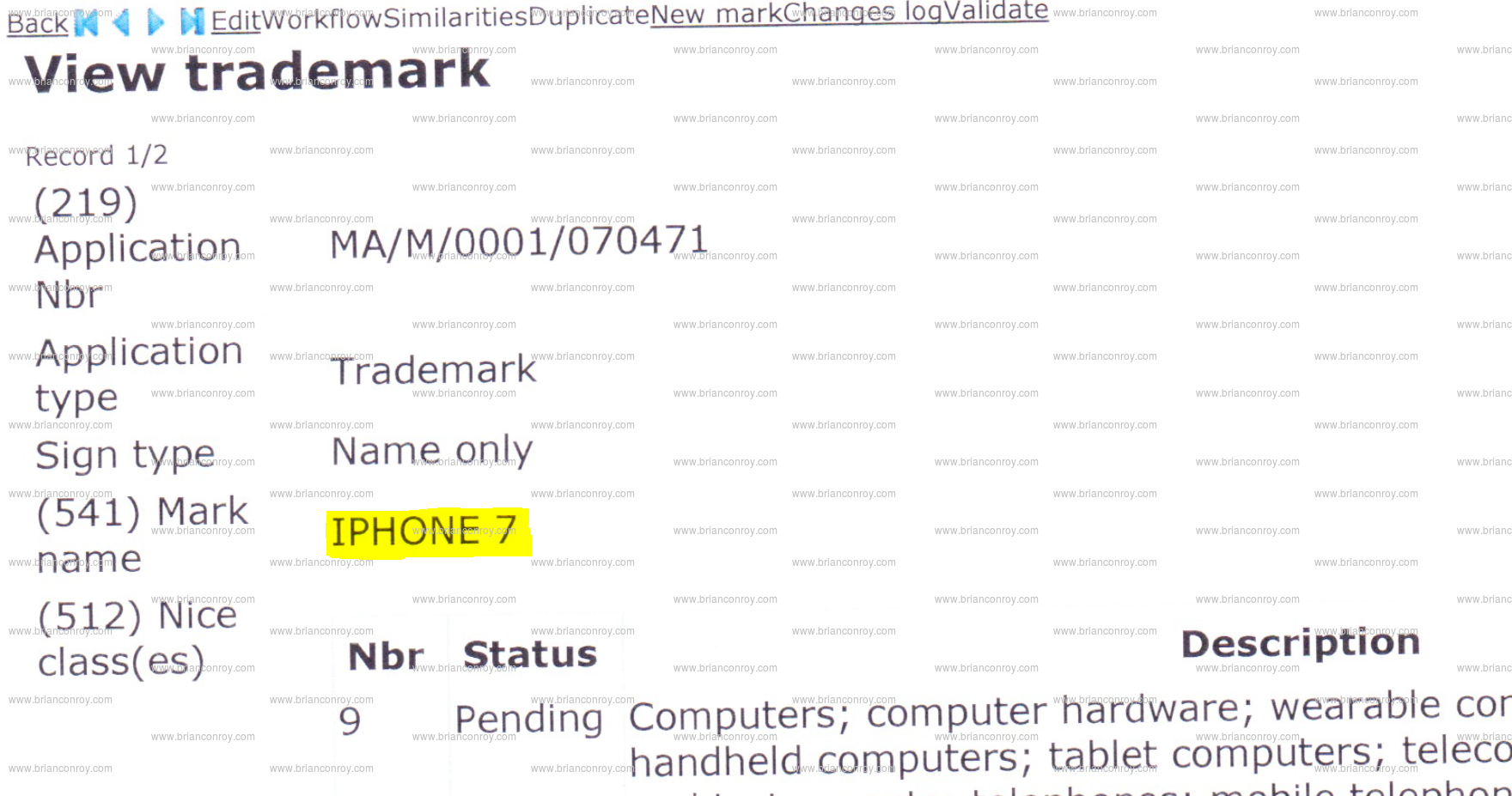 I’m no maths whizz, but that’s only two trademark applications, which would suggest that there’s only two models….and obviously that those models are called the iPhone 7 and iPhone 7 Plus.

In case you missed it yesterday, I exclusively revealed some information about the Apple Airpods rumoured to be released on wednesday. Check that post out here

And we’re just getting warmed up.

Here’s 15,697 reasons you should subscribe to my blog to be first to get the next exclusive

LEGAL DISCLAIMER (well come on, I am a lawyer)

These trademark applications are real. They exist. They are a matter of public record. That doesn’t mean that there is only going to be two phones released on Wednesday, and that they are called the iPhone 7 and iPhone 7 Plus. Apple folk work in mysterious ways, everyone knows that. However, if anyone can come up with more concrete evidence than this, firstly, I haven’t seen it, and secondly…..I would like to.

Get in touch using the chat or social media channels above.

For media enquiries, please use “Media Enquiry” in your subject line.

Also, if you’re interested, here’s all the trademark applications I was talking about that the world knows about. More the world doesn’t know about here tomorrow: