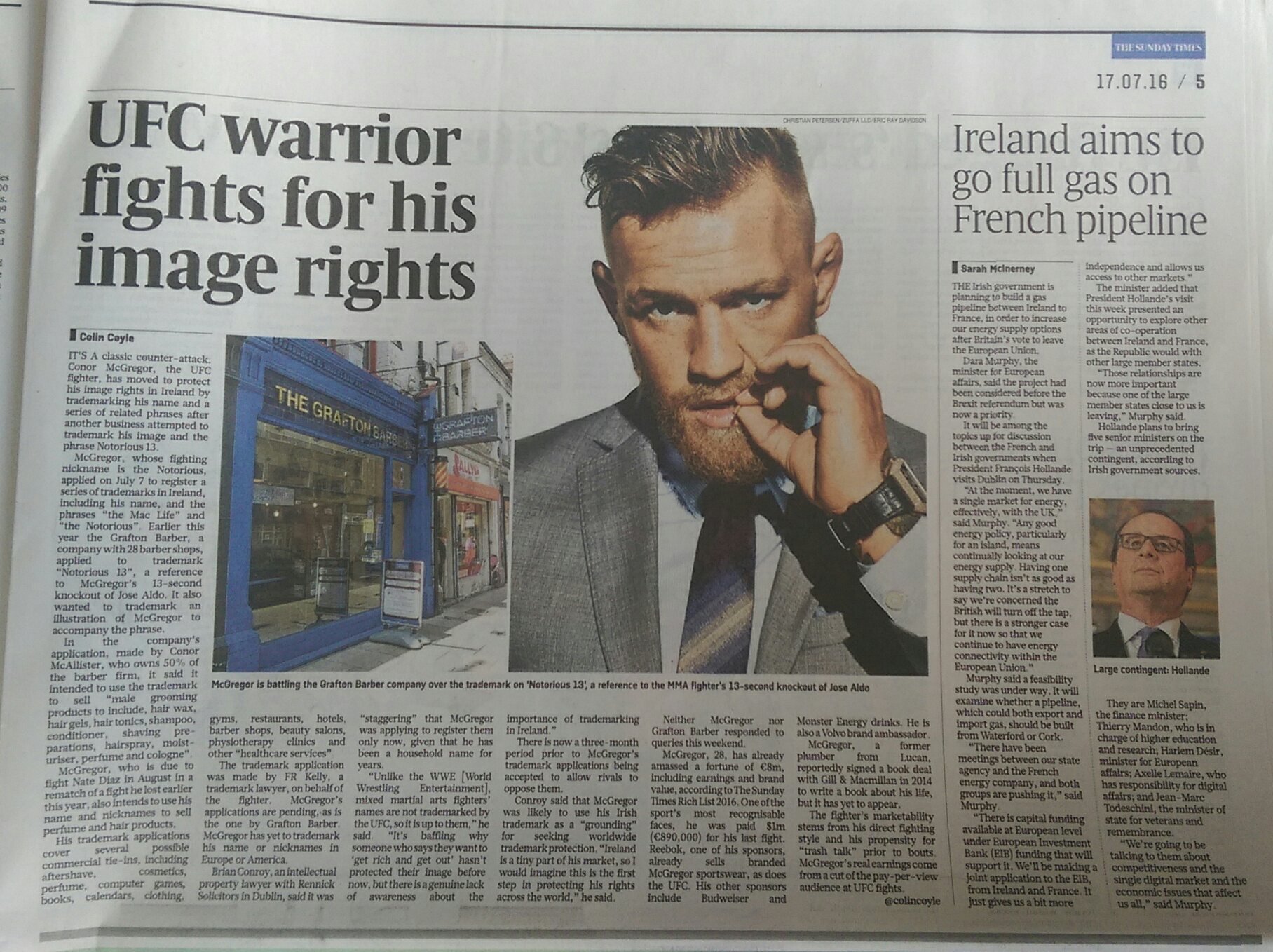 It also got picked up by Darren Rovell of ESPN who tweeted about it to his 1.4 million followers –

Conor McGregor has filed for the trademarks to "Conor McGregor," "The Notorious" & "The Mac Life" in Ireland (H/T @BrianConroyLaw)

And finally, I recorded an interview with RTE  a few weeks ago which hasn’t aired yet discussing the issue, I will put the audio up when it goes out.